The main stupa is composed of a solid hemisphere of brick and earth supporting a lofty conical spire crowned by a pinnacle of Copper gilt.Said to be around 2000 years old, this Buddhist Stupa sits atop a hill. Painted on the four sided base of the spire are the all seeing eyes of Lord Buddha. The hill of Swayambhu is a mosaic of small Chaityas and Pagoda temples. You'll get a scenic view of Kathmandu city from there. 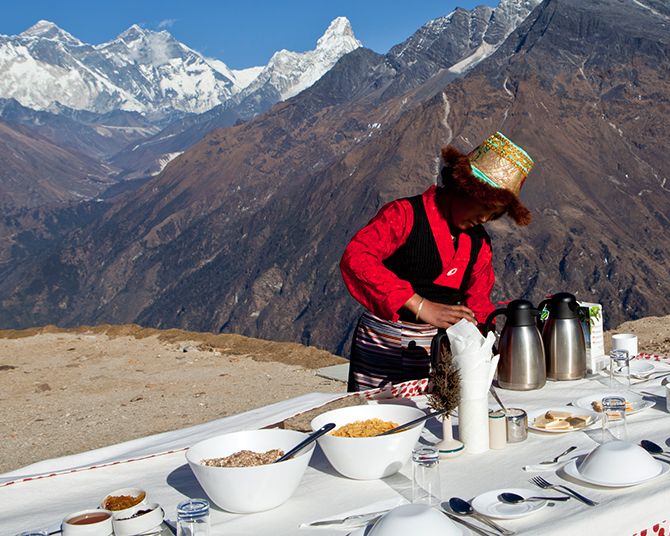 Welcome to Nepal!
On arrival at Tribhuvan International Airport, a representative from our office will greet and escort you to your hotel and help you check in. You will then be briefed about your daily activities. You'll have rest of the day at leisure.

Overnight at the hotel.
DAY 02: Sightseeing tour of Kathmandu

Boudhanath Stupa: One of the oldest and the biggest Buddhist monuments ever built in Nepal; Boudhanath is one of the holiest structures imposing a height of 36 meters with three massive level Mandala style platforms. It is surrounded by colourful buildings housing families creating a friendly enclosure. The Stupa is visited every year by tens of thousands of pilgrims from all over the world.

Kathmandu City: Kasthamandap, the source of the name Kathmandu means 'made from the timber of a single tree'. Also known as Kantipur, the capital Kathmandu is the hub of Nepal's art and culture. It is a place for rest, relaxation and easy-day sightseeing of historic and artistic temples and monuments. Kathmandu Durbar Square with its arrays of temples, Seto Machhindranath and the ancient palace of the former Nepali Royals enriches your experience of the centuries old civilisation.

Swayambhunath: Said to be around 2000 years old, this Buddhist Stupa sits atop a hill. The main stupa is composed of a solid hemisphere of brick and earth supporting a lofty conical spire crowned by a pinnacle of Copper gilt. Painted on the four sided base of the spire are the all seeing eyes of Lord Buddha. The hill of Swayambhu is a mosaic of small Chaityas and Pagoda temples. You'll get a scenic view of Kathmandu city from there.

Patan City: Located about 5 km south of Kathmandu, Patan is one of 3 royal cities in the valley. A destination for connoisseurs of fine arts, Patan is filled with wood and stone carvings, metal statues, ornate architecture, including dozens of Buddhist and Hindu temples, and over 1200 monuments.

Patan is believed to have been built in the third century B.C. by the Kirat dynasty later expanded and enriched by the Lichhavi and the Malla rulers in the medieval period. Patan Durbar Square, like its counterpart in Kathmandu, is an enchanting mélange of palace buildings, artistic courtyards and graceful pagoda temples.

The former Royal palace complex is the centre of Patan's religious and social life, and houses a beautiful museum. One remarkable monument here is 16th century temple dedicated to the Hindu god Krishna, built entirely of stone.

Overnight at the hotel.
DAY 03: Everest for Breakfast & Golf at the Gokarna Forest Resort, Kathmandu

You will reach the Domestic Airport early in the morning for a spectacular flight to Kongde in Everest region by a helicopter (round trip 3 hrs including shuttle between Kongde and Lukla). There, you will witness Everest's glory while enjoying a warm breakfast served at one of Yeti Mountain Homes; a chain of World's Best High Altitude Resorts.

A little different but equally picturesque is a tour of Everest region in our Pilatus Porter (maximum 5 pax). From Kathmandu Airport around 06:30 hrs you'll fly for approximately 45mins and land amongst towering Mountains in the lap of the Himalayas and villages you would never expect to see in such remoteness.

After walking 10-15mins to reach the Everest Panorama Resort, a hot breakfast will be awaiting you with Mt. Everest beckoning you. You'll then be flown back to Kathmandu for a day of Golf at the Gokarna Forest Resort in Kathmandu.

Overnight at the hotel.
DAY 04: FLY TO POKHARA FOR SIGHTSEEING AND GOLF

Breakfast at the hotel.

Off to domestic airport for morning flight to Pokhara. Upon arrival in Pokhara, you will be transferred your hotel.

Pokhara is a remarkable place of natural beauty. Situated at an altitude of 827m from the sea level and 200km west of Kathmandu valley, the city is known as a center of adventure. The enchanting city with a population of around 95,000 has several beautiful lakes and offers stunning panaromic views of Himalayan peaks. The serene of lakes and the magnificence of the Himalayas rising behind them create an ambience of peace and magic.

Phewa Lake: Spend a quiet time boating in the ultimate lake where the reflections of Mount Annapurna and Machhapuchhre range falls. You will also see a variety of fishes while boating. An island temple is located at the middle of the lake. Thick forest lies on the adjoining southern slopes of the lake. It's hard to escape the draw of Phewa Lake and any visitor with even a few spare minutes should endeavour to take a boat out on the water to fully experience the wonderful views of the reflected mountains.

Davis fall: Locally known as Patale Chhango (Hell's fall), Devi's fall is an amazing waterfall lying about 2 km south-west of Pokhara airport on the highway to Tansen. It was named after Devi, a Swiss lady who was swept away when the floodgates were accidently opened never to be seen again.9 hole golf at Himalayan Golf in the evening

Himalayan Golf Course: Located just 7 kilometres away from downtown Pokhara, inside a sweeping canyon created by the Himalayan snowed waters of the Bijayapur River, the golf course has spectacular views of the Machhapuchhre or the Annapurna Range. The twice played 9 holes course is well laid out for championships. The course is 6,900 yards, par 73 with 11 greens and different tee positions.

Overnight at the hotel.
DAY 05: Golf at the Himalayan Golf Course, Pokhara

After breakfast enjoy golf all day at Himalayan Golf Course.

Overnight at the hotel.
DAY 06: Sightseeing Tour of World Peace Stupa- Fly Back to Kathmandu

After breakfast, a one hour drive will get you to World Peace Stupa [1250m] located on the southern shore of the Phewa lake, atop a hill. From there, you will see breathtaking views of the Annapurna range and the entire Pokhara city.

Fly back to Kathmandu & commence the sightseeing tour of Bhaktapur!

Bhaktapur (Bhadgaon): Also known as city of devotees, Bhaktapur is the home of medieval art and architecture. Lying 14 kilometres/9 miles east of Kathmandu City, this place was founded in the 9th Century and is shaped like a conch shell. The city is at the height of 4,600 ft. above sea level. In Bhadgaon, you will visit the Durbar Square with the Palace of 55 windows built by King Bhupatindra Malla. The famous five-storied Nyatapol temple on the terraces of which stands a pair of figures - two goddesses, two strong men, two elephants, two lions and two griffins is the tallest temple in the valley and was also built by King Bhupatindra Malla. It is one of the best examples of Pagoda styled temples.

"Were there nothing else in Nepal save the Durbar Square of Bhatgoan, it would still be aptly worth making a journey half way round the globe to see"~ E.A.Powell (The last home of Mystery) 1929, London.

Overnight at the hotel.
DAY 07: Golf at Gokarna Forest Resort

We ensure that that you will leave Kathmandu with cherishing memory and an experience of a lifetime.

Our representative will drive you to the airport in time for your flight back home. Journey well! 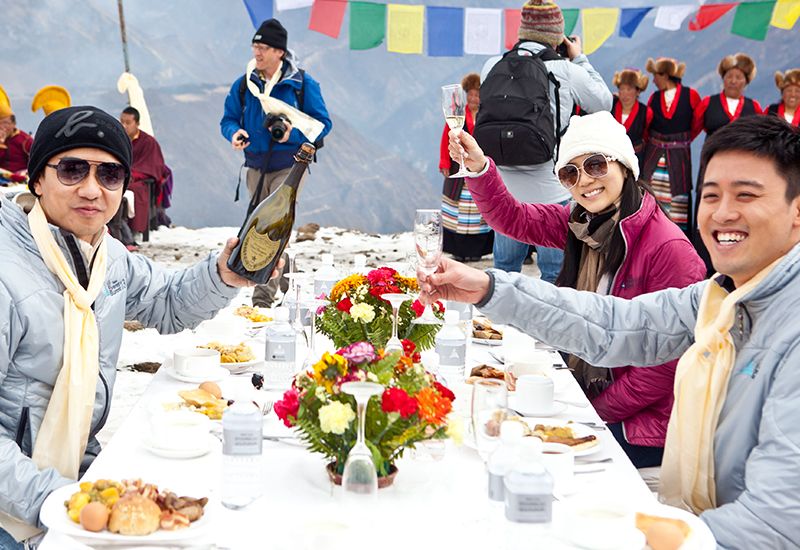 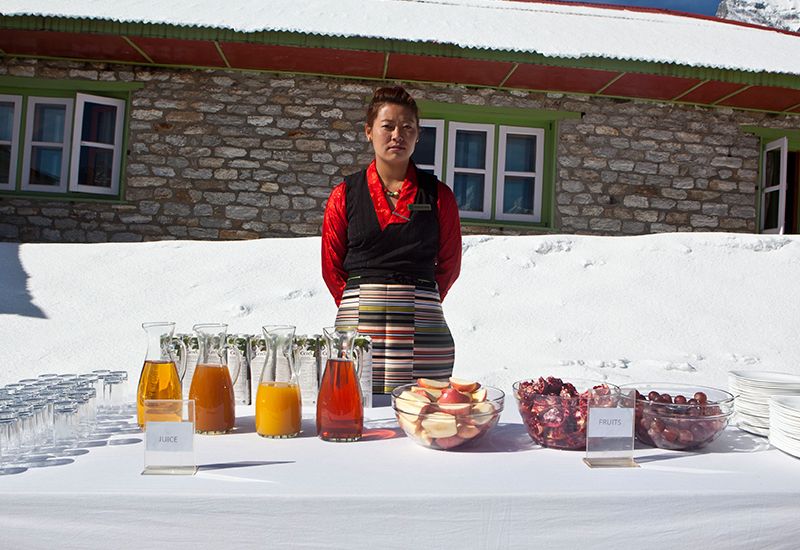 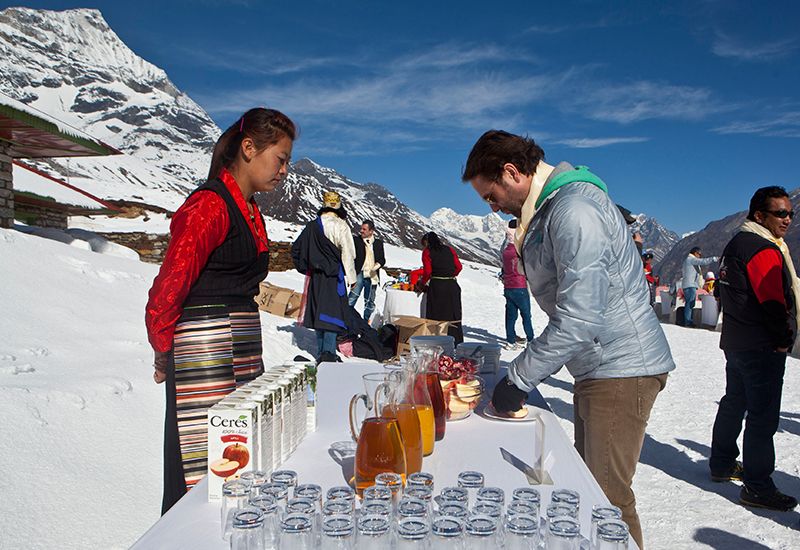 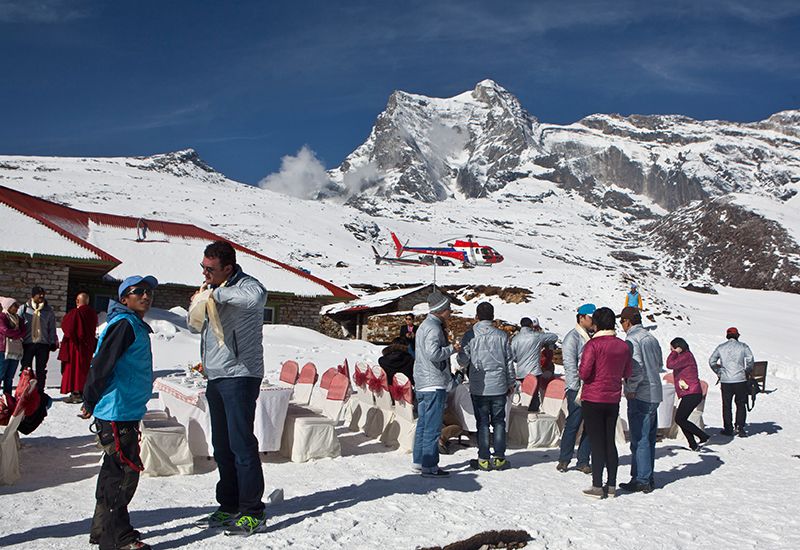 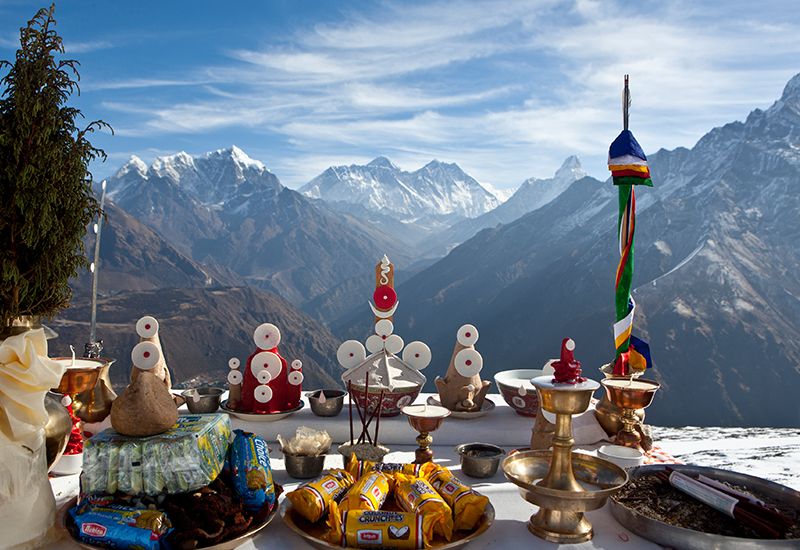 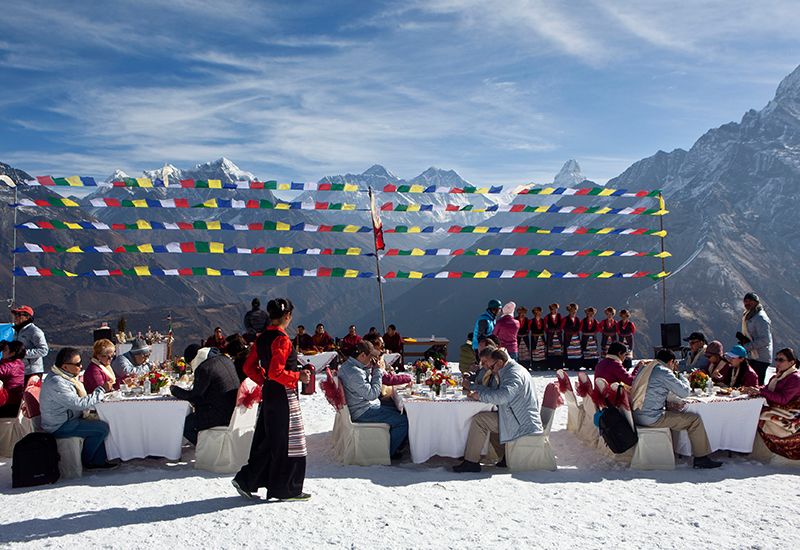 Contact our native experts who will guide you as your journey into the Himalayas.

Kora Tours Pvt. Ltd
Base Camp, Basundhara, Kathmandu, Nepal
This email address is being protected from spambots. You need JavaScript enabled to view it.

This email address is being protected from spambots. You need JavaScript enabled to view it.
Website by: Curves n' Colors